GRASSIMESSE SHOULD NO LONGER BE THE INDUSTRY'S BEST KEPT SECRET!

With five prestigious awards, a strong commitment to the crafts through its purchasing program, affordable fees, about 10,000 visitors from Germany and abroad, and its high standards for quality, Grassimesse Leipzig, Europe's oldest fair of applied arts, should stand beyond competition in the preferences of artists, designers, and crafters. Yet in a landscape shaped by monetary profit, influencers, and ignorance, professionals need to be reminded that the century-old fair in Germany's fastest growing city should no longer be the industry's best kept secret. SMCK Magazine had the pleasure of a de profundis conversation with Grassimesse curator Sabine Epple.


WITH A MISSION IN MIND

Leipzig is a major industrial city in the former People's Republic of Germany and European commercial and transport hub since before the second world war.

The Grassimesse handicrafts fair was established there in 1920 and, after a long pause, reopened its doors to the public in the late 1990s.
"Grassimesse started again with a new dynamic", says Sabine Epple, curator of Grassi Museum exhibitions and the Grassimesse. Though Grassimesse is formally known as the International Trade Fair for the Applied Arts and Design, Epple nonetheless notes that "it has always been internationally-oriented". Unlike many crafts or jewelry 'weeks', which are mainly profit-oriented, Grassimesse remains non-commercial. It dedicates its passion and energy to providing for the needs of the approximately 120 artists who participate each year and contributes to the revival of the crafts.

Grassimesse, ZLR Betriebsimperium. Photo: Chr. Ziegler. The fair is organized by the Grassi Museum of Applied Arts, and Epple sees the organizing the October event as a cultural mission that the museum has to fulfill. "We always seek dialogue with artists and are in constant communication with participants", she adds. From our own experience with Grassimesse - 2016 and 2019 - we recall Epple as a tireless messenger connecting artists' concepts and needs to the museum's possibilities, always friendly and inventive, inquiring and encouraging.
Grassimesse is funded by participants' fees – which are extremely low for the services rendered – and support drawn by the institution's prestige; the Sparkasse Leipzig public bank has been among Grassimesse's main financial supporters since 1997. Grassi Museum also provides funding to Grassimesse by including it in its regular budget for exhibitions.

The pandemic and its sanitary measures have made things difficult, but also gave the institution new ideas for reaching out to visitors. Short thematic videos were shot, while the museum added a series of visits to crafters' studios to its program. Virtual tours and a regular blog keep applied art lovers alerted to its news and feeds their curiosity about what comes next.

Epple knows there is more to be done to promote applied arts and crafts, which by no means enjoy the respect they deserve. She thinks that adopting art market techniques such as auctioning would be beneficial for raising art lovers' awareness of creative disciplines like crafts. "Applied art has affordable prices," she says.
Combined with the ingenuity, high quality, and variety of contemporary design, this new art market segment with relatively low acquisition prices could be a hit.

After the period of lockdowns, Grassimesse returned to action with an innovative concept: it moved some of its approximately 80 stands from the fair rooms to the main museum's exhibition halls, juxtaposing contemporary design against classics and the works of great masters. The result was to trigger a dialogue between then and now, giving visitors more food for thought through this new aesthetic and intellectual exper………..

READ THE FULL ARTICLE IN THE DIGITAL OR PRINT VERSION...


Order the digital or print version of Issue #07

Dave Jordano's photography documents the deindustrialization of Detroit and its citizens' resistance to their city's downturn. 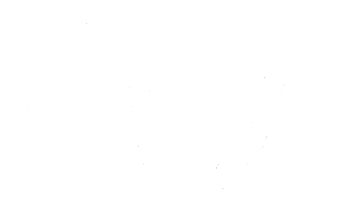